The chief of procrastinators

I went into the office today but called in at the Night Shelter before work to add a wire to a fence I made yesterday. I came across one of the volunteers and had to be sociable. As I was about to leave another trust board member arrived to paint what we had built yesterday. We got involved in a project to get the TV working properly. I kept saying "I better go and work!" and he kept saying, "This is work!" I arrived at the office at least an hour late. I settled down and did a heap of "work" responding to emails that had built up last week and other issues. I switched the computer off during lunch time and went over to St John to talk with folk there. When I came back and switched the computer on it would not go on. It came up with some horrible error notification. I got it going on safe mode to get some information off it. The phone kept ringing with people lining up meetings for me to attend. At that point my cell phone ran out of money, the Church car park was so full I could not get my car out and nothing was going right. I then called a computer company. To my surprise he said he would come straight away, so my chaplaincy for today went out the window. (A job for tomorrow) After trying various things he told me my computer was very old and he would have to take it away to computer "hospital".  (It could be "hospice") I took off out of the office to go back to the night shelter to get the tools I had left for my friend to use. (I am VERY protective and possessive about my tools!) I ended up talking longer than anticipated and came home at around 6 p.m. with not much done for the day... and needing to do stuff. After our evening meal I went into the study to "work". My dead "apple" power adapter was there on my desk so I determined to fix it. Eventually after soldering, swearing and sweating it was going again. (I had a wee scary moment when testing it. Two wires shorted out and my computer went dead! All is well now though.) But .... the power adapter really could have waited until a spare moment say on Sunday afternoon? I had more urgent work to do especially considering my lack of work during the day? I would rather fix things than read. I would rather do the physical "easy" stuff than try to work out what is most important for me to do. Sometimes you have so much to catch up on that it is hard to know where to start... so I tend to procrastinate doing anything other than attacking the list. I can be the chief of procrastinators sometimes! Tomorrow I will move the world! :-)
Posted by Dave Brown at 3:42 AM

From the film "Chocolat".

"I dreamt and saw the world was joy,

I awoke and saw the world was service,

I acted and saw that
service was joy."

Dave Brown
I am father to five adult children, married since 1969 and a workplace chaplain to firefighters, ambulance staff and brewery workers. I am a retired Church minister. My faith/theology is very much "incarnational"/ action orientated. I began my working life as a plumber. I am a volunteer and past director for the local Habitat for Humanity group and a trustee of the Dunedin Night Shelter Trust. In 2002 I was awarded the Member of the New Zealand Order of Merit. I am still a tradesman at heart and love making things and fixing things.

I am a Workplace Chaplain to the NZ fireservice. At the firestation every time one man sees me he yells, "Here comes JC's helper!". I guess I am happy to be called just that... "Jesus' helper". I am a follower of Jesus.
A a quote from Dave Andrews in his book, "Not Religion but Love".
"Being a devotee of Jesus is not a matter of subscribing to a certain set of dogmas, obeying rules and regulations, and getting others to subordinate themselves to them.

The essence of being a devotee of Jesus is to live in sympathy with God as Jesus did; feeling the throb of God's heartbeat, and teaching our hearts to learn to beat in sync with the love that sustains the universe.

I love this charter.

The Charter for Compassion

The principle of compassion lies at the heart of all religious, ethical and spiritual traditions, calling us always to treat all others as we wish to be treated ourselves. Compassion impels us to work tirelessly to alleviate the suffering of our fellow creatures, to dethrone ourselves from the centre of our world and put another there, and to honour the inviolable sanctity of every single human being, treating everybody, without exception, with absolute justice, equity and respect.

It is also necessary in both public and private life to refrain consistently and empathically from inflicting pain. To act or speak violently out of spite, chauvinism, or self-interest, to impoverish, exploit or deny basic rights to anybody, and to incite hatred by denigrating others—even our enemies—is a denial of our common humanity. We acknowledge that we have failed to live compassionately and that some have even increased the sum of human misery in the name of religion.

We therefore call upon all men and women ~ to restore compassion to the centre of morality and religion ~ to return to the ancient principle that any interpretation of scripture that breeds violence, hatred or disdain is illegitimate ~ to ensure that youth are given accurate and respectful information about other traditions, religions and cultures ~ to encourage a positive appreciation of cultural and religious diversity ~ to cultivate an informed empathy with the suffering of all human beings—even those regarded as enemies.

We urgently need to make compassion a clear, luminous and dynamic force in our polarized world. Rooted in a principled determination to transcend selfishness, compassion can break down political, dogmatic, ideological and religious boundaries. Born of our deep interdependence, compassion is essential to human relationships and to a fulfilled humanity. It is the path to enlightenment, and indispensable to the creation of a just economy and a peaceful global community.

This blog is the personal weblog of me, Dave Brown. The opinions expressed herein are mine and mine alone. The positions taken on matters theological or political (or anything else for that matter) are in no way to be construed as the official positions of any other person, institution, group or organisation. :-) Blame me alone.... it's my weird musings. 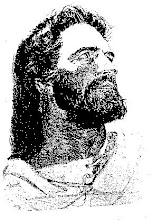